Do You REALLY Need to Be a Vegan? 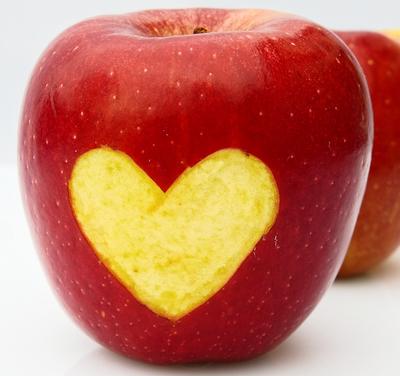 If you’ve been following my vlog lately, you have probably noticed that there is a lot of discussion taking place regarding my commentary on veganism, as described in What The Health… but I was just getting warmed up with part 1.

There are still deeper, more important issues hiding behind this documentary that the filmmakers completely avoided, even though they are much more essential than eating more raw food and avoiding diabetes.

My previous article on the CHEK Blog was a response to a young vegan man whose public name on his YouTube page is The Altruism Activist. I put a lot of effort into responding to his queries and comments in that article because I felt that the answers were important ones for everyone to consider.

This week, I’m responding to his replies/challenges in hopes that each of you can gain a deeper awareness, and have compassion for how people can get dangerously caught up in “isms” and other dogmas that lead to myopic views, lifestyles and, sadly, a lot of aggression, not only toward those with dissenting opinions but, often, much more life wisdom and experience.

Who are the real leaders?

After so many years of dialogue, discussion and debate with vegetarians, vegans, fruitarians and even those so carnivorous that it is unhealthy for them and the planet, it seems to me that one sure indicator of imbalances in their diets and lifestyles is their willingness to practically wage war on those with other opinions, or even wise offerings.

At the root of many philosophies, paradoxically, is the intention to be more loving toward animals and nature, while at the same time, treating others with differing opinions in ways that would be called abusive if their human counterparts were cows.

I’ve noticed most defenders of vegetarian, vegan or similar “isms” are between ages 17-30. This is the age when the intellectual mind is flowering, and the inner warrior is emerging as a means of individuation: Defining oneself in the world.

In native cultures, males and females alike went through rights of passage ceremonies. These ceremonies are often very scary and painful, and designed to bring a child on the threshold of adulthood face-to-face with pain, death and the realities of human life.

They are designed to teach them to stand up for their tribes, protect their ways of living and hunting and/or gathering grounds, and be clear about who they are and their essential role in the tribe as an adult.

These ceremonies are often developed and managed by the tribal elders, who include the chief, head women, medicine man and shaman.

But where are these essential members of our tribes or society today? Are they politicians, church leaders, grandparents, medical doctors or gurus?

Could they be professional sports stars, TV actors or the characters in the myriad of video games that seem to have possessed a massive percentage of our youth and adults alike?

When you have “leaders” who have not yet made it through a right of passage on their own, they unconsciously create one. You know when someone has done this because they protect life first and foremost. Warriors learn quickly not to engage in battles that may cost them their lives unless the reason for the battle is worth dying for!

The child naturally grows into the warrior as a means of protecting her/his own life, and the lives of the family/tribe who gives him/her life and support. But if there is no well thought out process for supporting the pubescent urge to be someone, to have a position and a place in life, the child is left to find a cause for which to fight on his/her own.

This is when the unguided individual latches onto whatever figure ignites their urge to strive.

They may emulate Dennis Rodman, who physically attacked other players in basketball games, or Mike Tyson, who bit Evander Holyfield’s ears because he was down and didn’t have the maturity to deal with defeat as a true warrior, yet acted out the role of an angry child.

When it comes to diet and lifestyle as a path to becoming a warrior, many choose a path where there is both company – often an extended family or tribe who is different enough from their own family to support the drive for individuation — yet enough chaos and dysfunction to find a war to engage themselves, and look into the eyes of death.

(Often, people do this unconsciously because they don’t have enough life wisdom or authentic knowledge to discern the depth of what is right in front of them.)