How to Reduce Stress by Pumping the Body 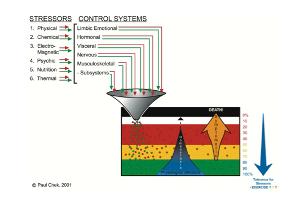 Today, most people suffer from low energy levels, inflammatory conditions, constipation, poor digestion and skin problems. In fact, many people endure all of these conditions at the very same time.

Yet, I regularly consult with amateur and professional athletes who are also challenged by these very same health problems. Is there a common bond that triggers these health challenges?

The answer is YES and the problem is movement.

So, how can athletes be suffering from these health issues if movement is a catalyst? Let me explain…

Stress and Your Autonomic Nervous System

The problem begins in your autonomic nervous system, which is divided into two critical and involuntary functions.

The sympathetic nervous system (SNS) is often associated with the “fight or flight” response. Any activity that stimulates the SNS results in the body burning energy. Its primary function is to prepare you to defend yourself physically, or to run from any major threat.

When you’re stressed, the brain’s adrenal medulla releases a cascade of stress hormones that flood the body within seconds. These stress hormones stimulate your SNS, which rapidly redirects the blood from your organs to your muscles so you can defend yourself or run.

This leaves your organs without adequate blood for nourishment, and it reduces the amount of available oxygen to them too.

As your body reacts to stressors, the natural wave-like movements of the organs are greatly reduced, which all but stops digestion and elimination. The body is designed to cope with this only for a short time.

It’s at this juncture where the parasympathetic nervous system (PNS), often referred to as the “rest, digest and eliminate” functions that help your body accumulate energy, become affected.

Chronic stress leads to an inability to digest and eliminate food, quickly triggering an energy deficit. The result: A dirty, clogged-up organ system in which you can’t acquire enough energy from food, nor can you effectively eliminate waste.

The PNS becomes excited when you think of seeing, smelling or eating food, but it can’t function properly if stress hormones are redirecting blood flow to your muscles.

Blood is essential for digesting food, generating energy and cleaning the organs. The circulation of blood to the cells is essential for metabolizing, assimilating digested food molecules and eliminating waste.

Movement and Your Nervous System 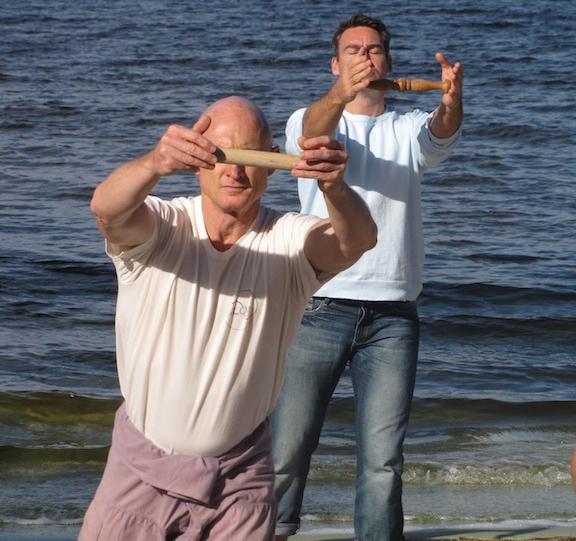 When you move with enough effort that your breathing and heart rate speeds up, the SNS is immediately activated. This activity, coupled with the burning of energy, is why you often refer to exercise as working out.

It also explains why you get tired and hungry after working out. You need to replace the energy that’s been consumed.

Alternatively, when you move so gently that your respiratory rate and heart rate aren’t elevated, the SNS isn’t activated either. Instead, key muscles in the body act as pumps, supporting the natural wave-like movements of organs in the digestive and elimination system known as peristalsis.

Muscles that directly support peristalsis are those along the pelvic floor, the abdominal muscles that surround your organs and support them, as well as the diaphragm, your chief breathing muscle.

Because gentle movements support peristalsis, digestion and elimination are reinforced, thus, facilitating energy accumulation. This is why I call gentle exercise working in.

Movements that support peristalsis are those that include the whole body, and are rhythmic. Some examples of working in movements are:

If you want to enjoy a healthy body, have vitality and beautiful skin, include at least 30 minutes of movement in your day. While working out is a popular solution, it’s not as important as working in in today’s stressful, busy environment.

Why? Because more people than ever now work in a sedentary position, and sitting disrupts the natural function of our pump muscles that help move nutrition through the body and eliminate waste. If you’re short on time and really don’t enjoy the idea of working out, enjoy some gentle, rhythmic movement instead.

Choosing from some of the working in movements I’ve listed above can go a long way toward preventing unwanted illness, injury and unattractive skin resulting from a clogged, dirty body.

Additionally, you will find that a lot of really cool people participate in working in exercises on a regular basis, so you may well make some new friends!