How Do I Eat to Meet My Unique Ancestral Needs? 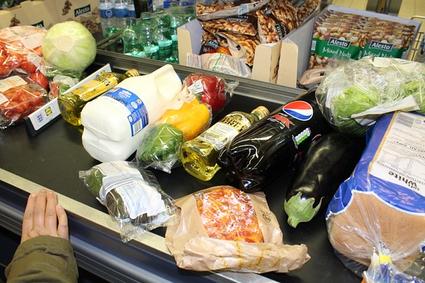 The question below was posted on my YouTube channel in response to my recent video about the thousands of chemicals added by manufacturers to our public food supply every day.

Since what constitutes healthy eating is a common source of confusion today, I wrote a fairly comprehensive reply in the hope that all of you reading this can gain some awareness about the issue of eating for your individual needs.

Primal Instinct: Hey Paul. Hope you are having a fantastic week! I have a question regarding Primal Pattern®/metabolic typing diets. In the book, The Metabolic Typing Diet by William Wolcott, he makes mention that people should eat according to their ethnic background and you’ve mentioned it in videos such as this one and in the Primal Pattern® Diet audiobook. However, you also recommended people eat a wide variety of foods.

So how would someone from Ireland, where it’s known that people in the past have eaten nothing but potatoes and few meats, eat while also keeping a healthy balanced diet that’s tailored to his lifestyle and/or if he’s moved regions? Or what about many other areas where people like to stick to whatever’s available and it’s usually not much?

I know this is a loaded question but I feel it’s a very important one so I would greatly appreciate a little light shed on it. Personally, I eat foods that are traditional in my country but i also try out different foods that come from different regions of the world. Thanks again and enjoy your vacation!

We have unique genetic profiles, which have a significant influence on what foods our bodies can digest, metabolize, assimilate (utilize) and eliminate effectively.

If you read Nutrition and Physical Degeneration by Weston A. Price, you will see an expose of native diets from around the world. It doesn’t take long reading that book to see that the natives of different regions of the world who live in different environments eat differently, particularly when the environment dictates what is available to them.

A clear example of this difference within one country can be seen in Australia where the inland Aboriginals ate a diet of about 75 percent plant foods, insects, and small animals or about 25 percent flesh foods, while the Aboriginals living along the coast ate approximately the opposite ratio, with flesh being more dominant in their diet because of access to bigger animals and fish.

I point this out because it is a good example of how people from the same racial/ethnic backgrounds have adapted over long periods so they can thrive on what’s available to them.

Within each individual, there is a range of adaptability, regardless of race or color. Each individual’s adaptability is influenced by the immediate or actual stress factors they experience.

The greater the stress, particularly if chronic, the less adaptability they will have. You can see this in current research showing that people with high stress levels, particularly during their developmental years of childhood have a much higher incidence of food intolerance and leaky gut syndrome, as well as a higher likelihood of bacterial dysbiosis.

A clear example of the limits to adaptability can be seen in all sorts of native populations that got swept up in the white man’s games of power, control, and dietary influence.

Look, for example, at how many Native American Indians (once very healthy people when left to their own natural way of living and eating) have become fat and suffer from adult onset diabetes (or Type II diabetes), and many other chronic ailments, including a higher propensity for alcoholism and drug addiction once they start eating a standard American diet of large amounts of carbs and processed foods and pasteurized dairy products.

Another clear example is the Eskimos or Inuit who traditionally lived off about 90 percent fat and flesh from deer, caribou, seals, whale and other animals and only about 10 percent plant foods (plants don’t grow in ice!).

When they started getting access to boxed cereals, cereal grains in general, processe