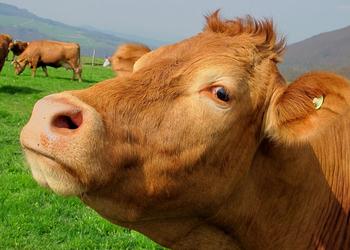 There is a significant portion of the world’s population who subscribes to vegetarianism in various forms, and for a variety of reasons. Chief among the reasons, in my experience working with vegetarians from around the world, is their desire not to be cruel to animals.

Although this is an admirable motive, there is much more to the issue of vegetarianism, and what does and does not constitute cruelty.

Many people become vegetarian for religious reasons, such as Rastafarians, Seventh Day Adventists (Christian), some sects of Buddhism, various branches of Hinduism, the Self-Realization Fellowship of Paramahansa Yogananda and a large percentage of those following the teachings of Rudolph Steiner, to name a few. Many new age gurus, such as Tony Robbins heavily sell and encourage vegetarianism as well.

Unfortunately, most religiously motivated vegetarianism is based on the practice of dogma. Often, there is no consistent agreement within the leadership or followers of most of these faiths for these philosophies.

I have seen no case of vegetarianism in my life in which the individual was adequately informed of the conflict within their own religious beliefs on this issue.

For example, many Buddhists believe the Dalai Lama is a vegetarian, but he is not. Nor have I met a vegetarian (in person) who understood or was consciously awareness of the fact that the plants they were eating are often carnivorous and always sentient.

I have no bias whatsoever against vegetarianism, and have lived as a vegetarian at two different periods in my life for different reasons. I felt it was my duty to explore this issue personally so I would have visceral knowledge of the practice.

I do feel, through spiritual growth, it is possible for people to alter their biological needs and make a healthy, natural transition into vegetarianism. However, from extensive clinical experience, I know making that transition before it is natural invites a wide variety of body-mind health challenges.

Those who stick to any “ism” at the expense of their own health and well-being are, by definition, acting violently in relationship to the animal aspects of the human body-soul construct we typically refer to as our “self.”

This sad fact means that they are willing to protect some animals, but not the animal aspect of their humanity. This has always concerned me.

For those of you who are interested in investigating this important, often highly charged topic further, I thought my recent response to a question on my YouTube channel and the resources I shared there could be very enlightening, and helpful to CHEK Professionals working with people who aren’t able to balance their physiology or psychology through vegetarianism.

Question: I have watched you for a long time now. Can you please comment on how can you justify eating other living beings? You say here that by saying thanks and inviting the food in yourself you have not killed the chicken, because it will live on within you. Isn’t this just a denial? I am not the person who will now hate on everything you say and do, but I just wanted to see your thoughts, because to me and many others breeding animals just for food and whatever the quality of their lives before slaughter is like going out on a date, the best date, having all your expectations met and even more just to realize that at the end of the day you will be killed and the person who cared about you will eat you and go out with another tomorrow.

These are the kind of issues I teach my students to understand in my Holistic Lifestyle Coach programs because there is a lot of ignorance about essential facts of nature and religious biases, as well as spiritual misunderstandings behind things like vegetarianism.

I have had to rehabilitate so many sick vegetarians (who tout the health benefits of their philosophy!!) that years ago, I wrote a two-part article series, titled Vegetarianism Inside-Out, in which I address both the religious issues, and physiological/biological issues of vegetarianism. I can’t write a 5,000-word answer, which is really needed for most people with your concerns so they actually understand the facts. You can read the articles at this link.

In brief, I’ll share some things that may help you understand this issue more holistically:

1. Life cannot exist without “eating life.” That is a fact of nature, and we are all created within the confines and context of the laws of nature.

A small, and very rare exception are the handful of highly spiritually evolved people who have evolved to be able to sustain themselves on breathing alone.

If you are not familiar with Pueblo holy man Joseph Rael, his teachings are AWESOME, and he is one of the few people you can still talk to (though he’s very old now) who did achieve that level of development.

He did the Pueblo Sun Dance many times. It occurs once every four years and is a very sacred ceremony. The Sun Dancers have to be very evolved to do it because they must dance non-stop for four days WITHOUT FOOD OR WATER!

There is a very beautiful DVD set of his Native American teachings you can find on Amazon.com, as well as many of his very good books. In his videos, he explains a lot about true spiritua