Gavin has a very varied career spanning over 30 years of owning his own businesses in various industries.

This very expansive experience has allowed Gavin to see behind the curtain in many healthcare professions, and this experience inspired Gavin’s many creations within the CHEK Institute.

In 2014 Gavin founded the CHEK Academy, initially to help students in the UK study with the CHEK Institute’s advanced education programs whilst still working full time and to master the art of being a CHEK Practitioner, rather than passing exams.

For students who may not previously have had been successful in traditional academic studies, Gavin says “I left school at 16, without any formal qualifications that were appealing to employers, so after a succesful apprenticeship in the building industry, I started my own companies – first in the building industry then in retail and wholesale, and then finally when I turned 30 in the health care industry.”

Because of the issue that many health care professionals face, a lack of business skills, Gavin built and delivered extensive business training and mentorship for all students, based on his own experience and what he had proved had worked within real clinics.

In 2017, Gavin took CHEK Academy global with online learning, and has updated all online content for the Academy during 2020. The Academy student intake has doubled in size every year since 2018.

Since then, Gavin and the CHEK Institute Team have successfully launched the CHEKIVA free platform, built the first CHEK Media Film Studios in the UK, and opened the CHEK approved E-commerce store in 2020.

Gavin is passionate about the vision and values of the CHEK Institute and all of it’s practitioners and is a shining example of a successful health entrepreneur. 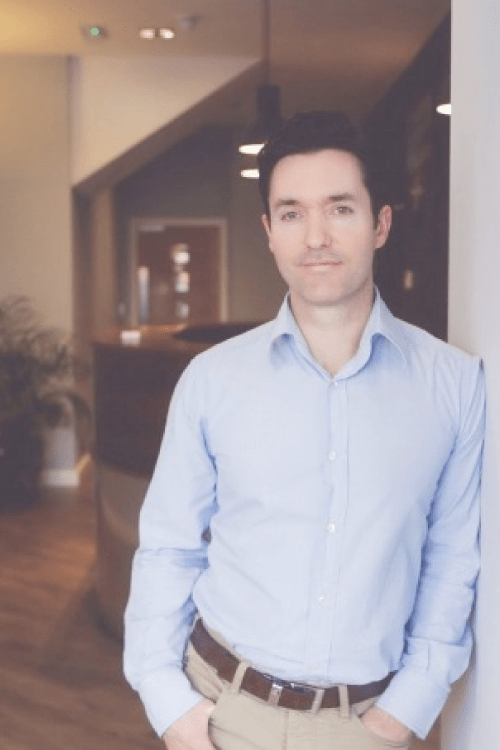 Penthea combines an academic background in biological anthropology, exercise and sports science, and business administration together with eighteen years of experience in the fitness profession as an instructor, personal trainer, gym manager, and international presenter. She loves dance, outdoor activities and multisports.

Gabi has extensive commercial and business partnering and operational finance and accounting experience within a large organisation. She has worked in a procurement and financial transactional services outsourcing environment across a portfolio of 6 blue chip customers (including the aerospace, banking, retail and manufacturing sectors).

Gabi is experienced in working in fast paced entrepreneurial environments both large and small. She is a confident decision-maker, effective team player, and able to influence key stakeholders across all levels of an organisation. 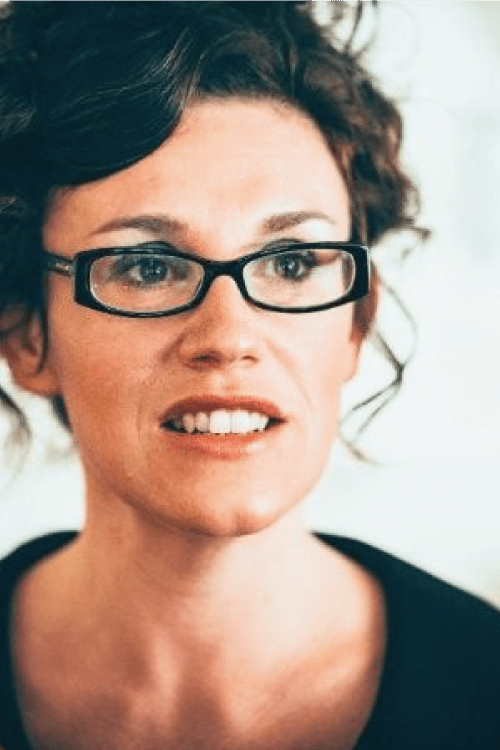 Matt’s overarching passion is to help people realise their potential. Matt’s unique angle is to utilise a wide variety of modern clinical skills combined with evolutionary principles to achieve optimal health & performance. He has a broad yet refined skill-set; employing cutting edge technologies integrated with ancient healing traditions to offer a complete system of health. Matt is qualified as a healthcare practitioner, a sports injuries & performance specialist, a teacher, presenter and an author. He lives in Surrey, UK with his wife, 2 children and small menagerie of pets.

Recovering philosopher, aspiring evolutionary biologist and running addict, James draws on a diverse background to head the Marketing Department at the CHEK Institute. Beyond helping the Institute to transform the world’s approach to health and wellness, James plans to complete the Western States 100, finally complete that novel collecting cobwebs on his hard drive, and spend time exploring all of the continents on the planet. 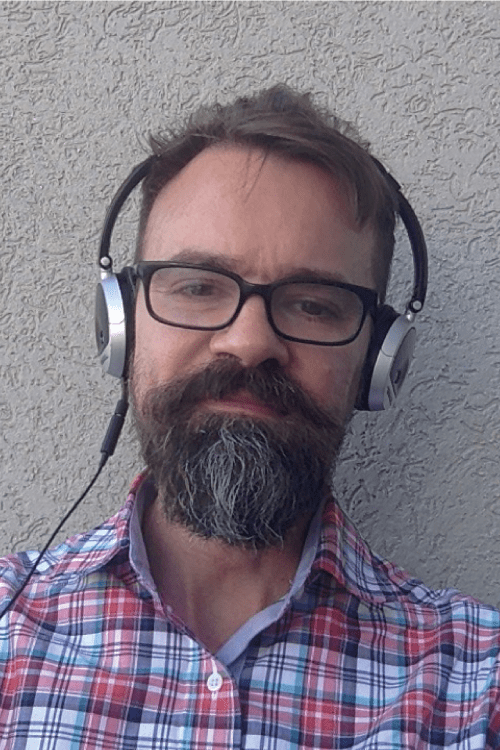 Galyn joined the Institute in 2016 after thirteen years in the legal field as a Paralegal. She brings her extensive office knowledge, attention to detail, and honed interpersonal skills to a company she truly values. Galyn loves music and dance, traveling the world with her husband, and spoiling their two fur kids, Bula and Lomani. 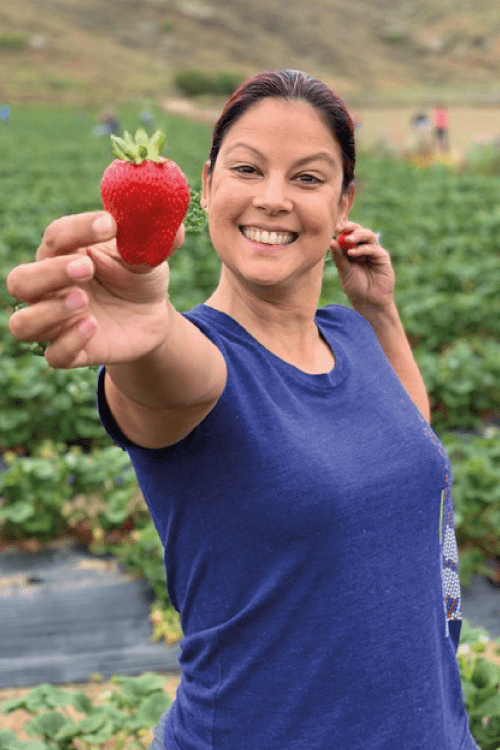 Abdul has been in the Tech industry for almost 25 years working with a number of large corporations including the Co-operative Group, Atkins, NHS to name a few which has taken him all over the UK and abroad.

He is a self proclaimed geek and has experience in network infrastructure, server architecture and web development.

In his spare time Abdul likes to ride out on the tracks on his mountain bike, his rides are the usual local spots including Lee Quarry, Gisburn Forest, Bike Park Wales and Llandegla.

Abdul is also a huge foodie, he’s always one of the first to try out any new cuisines that pop up and also cooks up a bit of a storm in the kitchen. Above all else he is a family man at heart and loves spending time with his small family in the rolling hills of Rossendale 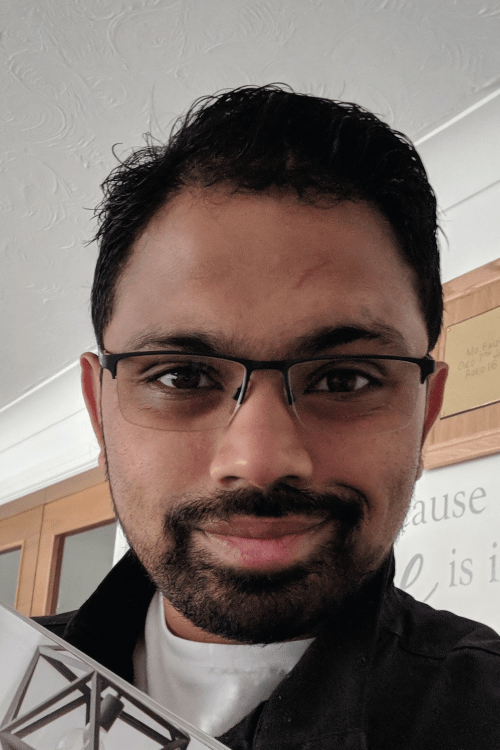 Lisa joined the Institute after working for several years in the Health and Fitness Industry. Her past experiences, attention to detail, and passion for helping others are strong benefits to the company. Lisa’s interests are traveling and visiting new countries, spending time with her fiancé, family and friends, and going on long walks with her black Labrador, Bruce.

Through his training and tenure with the CHEK Institute, Vinny strives to help individuals with the knowledge and experience he gains, both as a Student and as an Employee. While tending bar in high-caliber cocktail lounges and restaurants, Vinny gradually realized the massive need for health and wellness among the workers in the industry, and the world at large. He decided that it was vital to dedicate his time and efforts to the CHEK Academy. Becoming a Master CHEK Practitioner and an HLC instructor have now become his primary ambitions.

Originally from Chicago, IL, Vinny spent a good portion of his 20’s teaching History & Phonetics in Vietnam and working on organic farms in New Zealand. His interests include mixed martial arts and all forms of music. 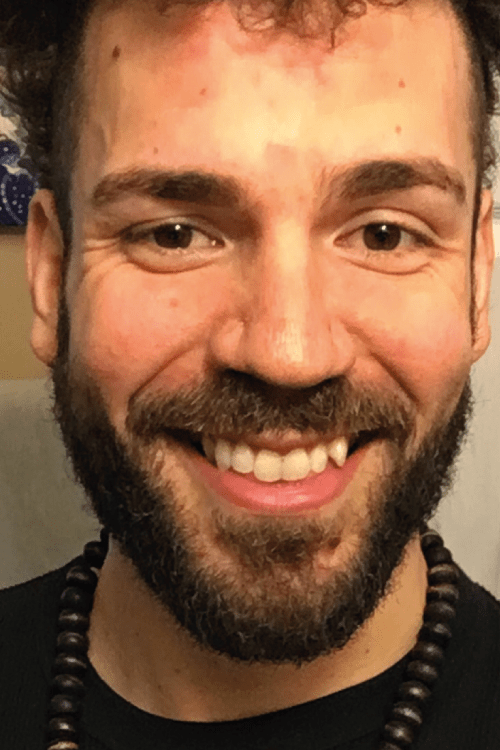 Natalie is originally from San Luis Obispo, California, but grew up here in San Diego. After college, she returned to the Central Coast to help run her family business in the Communications Industry for the next decade. She eventually found her way back to San Diego for a career change and opportunity in the Title and Escrow Industry. Natalie was introduced to the CHEK Institute in 2009 and she jumped at the opportunity to join the CHEK Institute team, as she has always had an interest and desire to focus on helping others in healing.

Tom joined the Institute in 2013 after studying Physical Education at college. Over the following seven years, he worked a variety of roles within the company, developing a deep interest in Paul’s work, attending live events, and completing Holistic Lifestyle Coach Level 1.

In January 2020, Tom left the Institute in pursuit of new challenges and to further develop his skills before re-joining the team as Project Manager. 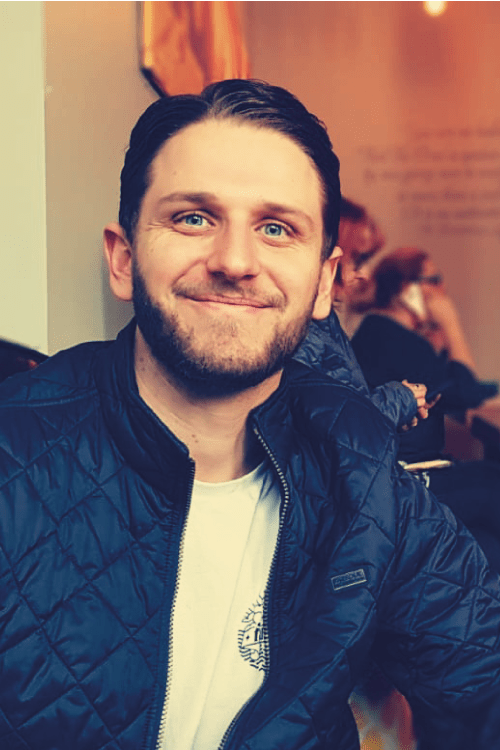 Natalie started working for CHEK Institute in June 2020, during the midst of a worldwide Pandemic. Joining during this period allowed her to reflect on the importance of her own health which has been greatly assisted with the help of the CHEK family.

With a background in property and law, the two industries helped sculpt Natalie’s career and taught her about customer service, organisation and professionalism. In her spare time, Natalie can be found spending time with family and friends and going for long walks in the nearby countryside. 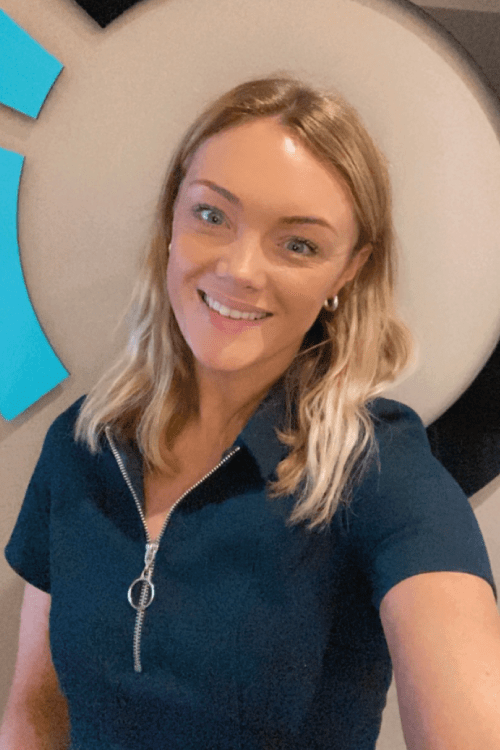 Wendy joined CHEK Institute in January 2021, bringing with her over 11 years of finance experience. She is passionate about finding alternative ways of looking after the body and mind – through healing, reiki, aromatherapy, acupuncture and yoga. So, for Wendy. joining the CHEK family was a very appealing prospect.

Outside of work she loves being outdoors, in the garden, or walking her two spaniels. She also has a passion for cooking, sewing and going to live rock music gigs. 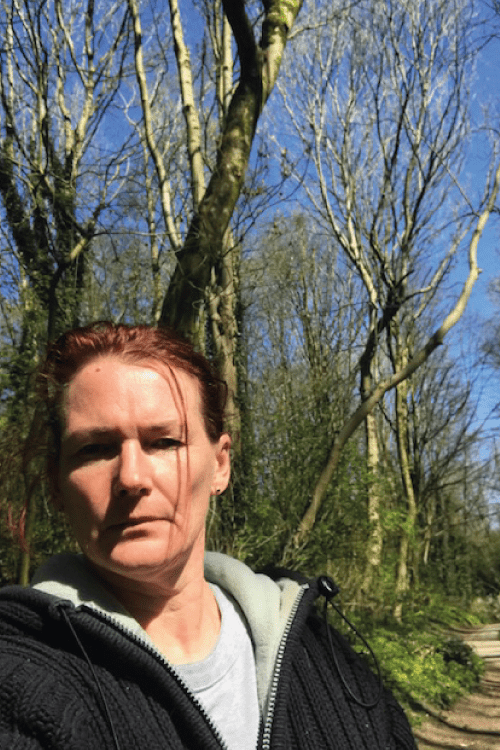 Matangee was born and raised in India, Gujarat before moving to the UK. Working in finance in India, gave Matangee a good and thorough standing to continue her career in the UK. Having worked as a finance assistant previously, a further opportunity arose for Matangee to join the team at CHEK Europe in March 2021 as a finance manager. 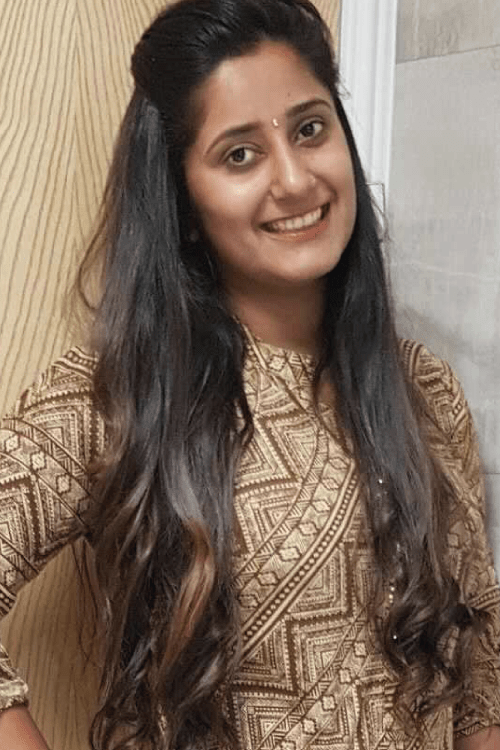 Stuart is our newest member of the team, joining the Institute in April 2021, having previously worked in Customer Service for many years. Even at this early stage of his journey with the Institute, Stuart has proved to be a popular and integral member of the team bringing expertise, professionalism, and geniality to UK Custom services.

Outside of work, he enjoys spending time with his 9-month-old Son, Coby and following his favourite football team, Manchester United. 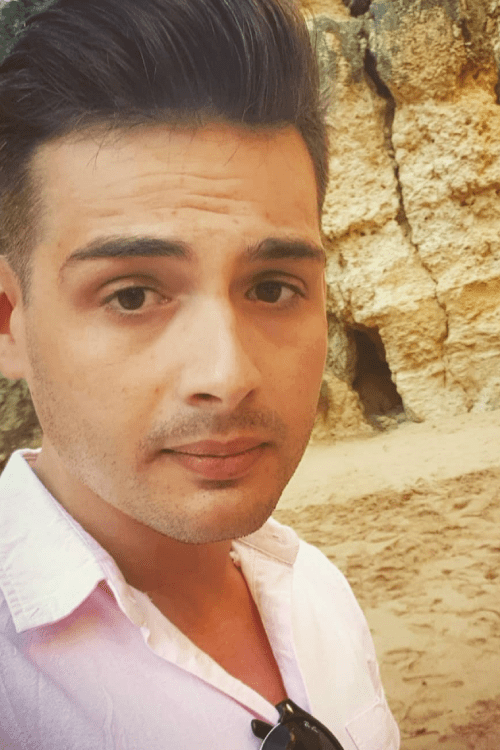 Matt has over 15 years’ experience in the health and fitness industry during which time he has gained specialist skills in clinical exercise rehabilitation, including cardiac, stroke and pulmonary rehabilitation.

Matt became a CHEK Practitioner before becoming part of CHEK Clinic where he works alongside the global holistic health team. A highly-effective Practitioner, Matt provides ongoing coaching for the Clinic’s individual clients and patients. He also coaches CHEK Practitioners looking to improve their own health and wellbeing by experiencing the entire CHEK system first-hand.

Phil attended York University to complete a Bachelor of Arts as he double majored in Film, and Kinesiology & Health Sciences. In striving for excellence, he pursued more advanced study at the CHEK Institute in California. Here, Phil would become a CHEK Practitioner (Level 4), Holistic Lifestyle Practitioner (Level 3), Golf Biomechanics and a PPS Practitioner.

In 1987, Phil started work at the Granite Club, one of top private family clubs, in North America. During his time there, Phil continued an aggressive pursuit of ongoing professional development. Phil would stay at the Granite Club for 26 years. He would become Wellness Manager overseeing the Fitness, High Performance, Group Exercise, Specialty Programs, and the Active Therapy Clinic. Phil consulted on the design and layout of their multi-million-dollar expansion of the Granite’s wellness facilities. Phil would have the opportunity to train a variety of athletes and clients, including professional hockey players, Olympic Figure skaters, National Synchronized Swimmers, and Ultra endurance athletes. Phil’s leadership position allowed him to evolve and inspire others to improve health and living wellness.

Phil is excited to now find himself back at the CHEK Institute working as a producer for CHEK Media. 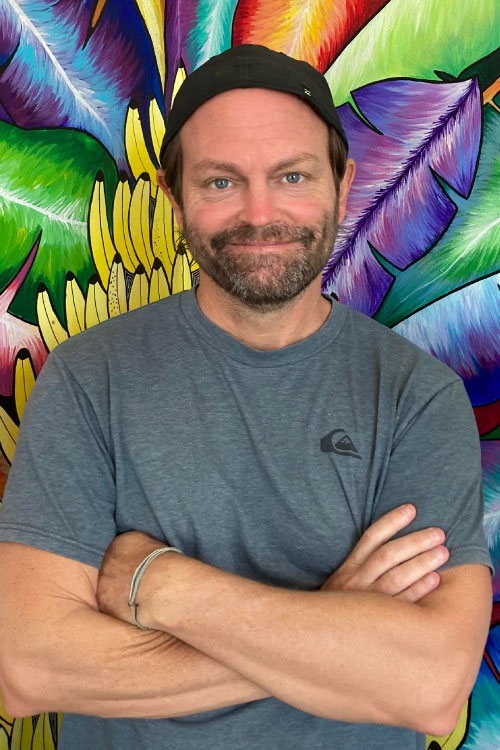