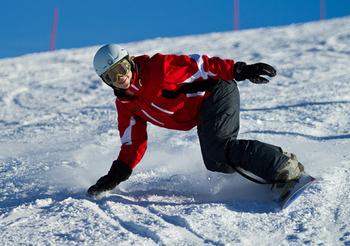 For many of you, winter — your favorite time of year — is just around the corner. It means you get to ski, snowboard, snowshoe, ride snowmobiles and even play league hockey.

To improve your performance and prevent unwanted injuries, it’s a good idea to start conditioning your body for your favorite winter activity.

As you are probably well aware, there are many books on conditioning for almost every sport. Unfortunately, most of them are based on the use of machines or modern bodybuilding techniques, which have little carryover to functional activities like winter sports.

Because so many of these books written by “experts” often provide contradictory information, people from all over the world contact the C.H.E.K Institute for guidance.

If you want to get the edge on your competition, here’s some very basic, yet very reliable and time-tested technology from my book, Movement That Matters, to help you develop your own winter sport conditioning program.

All movements, regardless of the sport or activity (simple or complex), can be broken down into component patterns, which I call Primal Pattern® movements. My research has shown that there are seven key movements people had to master to survive long enough in order to evolve.

Think about it for a minute… Which one of these movement patterns could you have survived without in the wild? Well, unless you were fortunate enough to have grown a set of wings, the answer is, quite simply, none of them!

With the exception of a few movement patterns that are very unique to a given sport (like some of the jumping movements in figure skating), you’ll find that all of your winter sport movements can be broken down into their lowest common denominator.

Think about downhill skiing, for example. You spend a great deal of time with your feet parallel while lowering your body toward and away from your feet to absorb shock and carve turns. This is squatting!

In addition, the mere fact that you have to turn while skiing guarantees that you are also performing a twisting pattern.

Some of you (myself included) who are not at that expert level will also find yourselves performing a lunge pattern at some point while skiing, which is often entertaining to friends and family to watch, but that’s another story!

If you are a cross-country skier, the lunge pattern takes on a much more important role. The use of poles, particularly for cross-country skiers and novice downhillers, requires that you perform pulling movements with your arms while maintaining balance on your feet.

This is something for which no machine in the gym can prepare you (other than a cable machine which is actually classified as a free weight).

The Best Primal Pattern® Movements For Your Sport

It’s pretty easy to identify the key Primal Pattern® movements in any sport for which you train. I am also sure some of you are saying, “Yeah, right Paul. But my sport is much more complicated than that. I do several of these movements at the same time.”

Yes, most of you do. But, you must think about building a movement foundation much the same way a construction worker must build any foundation under a building to keep it from falling over.

Although twisting your body and