I received the following question in response to a recent video I posted on my YouTube channel about an exercise called the Sit-up Stand-up, which is a great calisthenic exercise.

His question is an interesting and very common one about muscle mass versus strength and designing the right program for your specific needs.

ZestyManifesto: Hi! Does increasing your muscle mass, in turn, increase your max strength? I’m quite confused as to if I should be using a circuit format for increased muscle mass and a higher metabolic rate or the station format to improve a specific primal pattern.

I’m a rock climber at the performance level of exercise and I really would like to figure out how to progress past this plateau of not feeling strong enough. 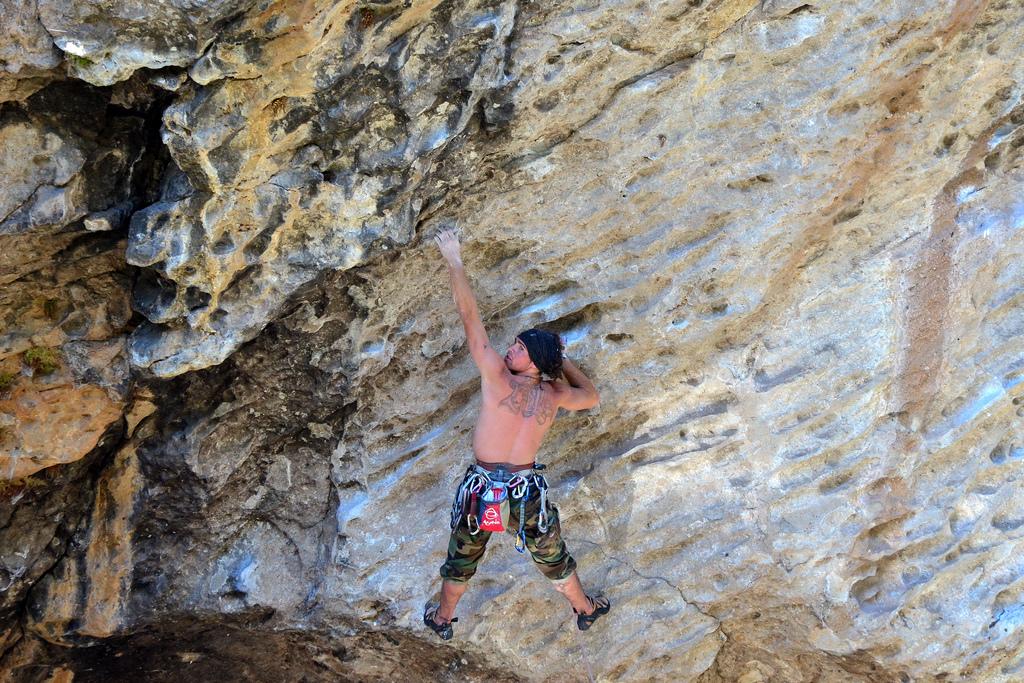 Increasing your muscle mass generally increases maximal strength, but only to a certain point.

This can easily be observed by the fact that even the BIGGEST bodybuilders in the world are not even nearly as strong or powerful as some of the top female Olympic lifters!

There are bodybuilders, for example, who can deadlift over 600 pounds in training, but wouldn’t even come close to winning a powerlifting competition where competitors have a much higher “maximal strength,” particularly relative to body weight.

Here are a couple terms you will benefit from understanding: 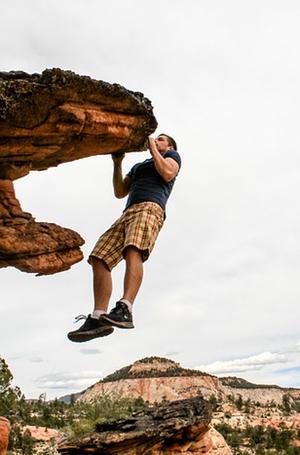 Absolute Strength: This is how strong someone is regardless of their body weight. The people in this class, generally, are your big men who may weigh 300 pounds, and deadlift or squat 1,000 pounds.

Relative Strength: How strong someone is and how much they can lift relative to their body weight.

Some examples of high relative strength athletes are rock climbers who can do multiple single-arm chin-ups with “one finger holding the bar!”

Eugen Sandow, the father of bodybuilding and one of the strongest men in the world nearly a century ago, could do astonishing things such as doing backflips while holding onto 35-pound weights in each hand, one-finger pull-ups on stage and breaking chains tightened around his chest.

Sandow weighed 210 pounds and was just under 6 feet tall. (Gymnasts probably have some of the highest relative strength levels of all athletes.)

Here is your complication as a rock climber: If you increase strength along with muscle mass, there comes a tipping point where your strength/power isn’t enough to accommodate the additional weight.

If you gain 20 pounds of muscle using bodybuilding methods, chances are you will be much stronger (absolutely). But, as you increase your muscle mass and body weight, you are likely to find, for instance, that you can’t do single arm chin-ups, and have to go from one finger holds to 3-5 fingers or you “can’t get your body up.”

If you study my Program Design correspondence course, you will learn that strength can be classified in two additional ways:

Metabolic Strength: This is what bodybuilders build the most. Their rep ranges are usually 6-12 (there may be some variations depending on program design skill). Generally, they need to do a lot of work in the 12-rep range to get the volume of training they need to produce lactic acid (do some research on the lactic acid theory of hypertrophy if you’re interested) and get adequate time under tension per set to trigger progressive hypertrophy.

Based on Jerry Telle’s research, eight reps or more is progressively more metabolic in response, which means it is largely changes in the size and internal physiology of the cells that produce hypertrophy and strength gains.

Neural Strength: This occurs with intensities of eight reps or less, and requires progressively more contribution to the lifting effort from “the nervous system.”

This is one of the key loading zones for working with gymnasts, jumping athletes such as dancers and other athletes who have to be cautious of gaining too much body weight. If they do, their relative strength goes down, and they can’t jump or do other explosive activities effectively.

What should a rock climber do to condition effectively?

Rock climbers, like all people, come in a wide variety of sizes and shapes, but the ones who are most naturally suited to the sport are generally lean (bordering on skinny at times) with very high levels of relative strength. They must also have high levels of strength-endurance, meaning they have to be able to perform explosive movements and generate high levels of strength to maintain holds for extended periods of time, such as multiple hours on long, hard climbs.

If budding rock climbers want to improve in their sport but carry a fair bit of body weight (this reduces his/her relative strength or “power to weight ratio”), then they will need to mix circuit training sessions designed with rep ranges and rest periods that facilitate reducing body weight.

In some cases, this could mean a loss of muscle mass as a result of the excess cortisol levels generated by this kind of circuit training.

At some point, a rock climber will have to shift to station training and work in the high-intensity rep ranges of 1-8, and even use negatives of 1-10 reps depending on the experience and conditioning of the athlete.

Sidenote: Negatives mean using a weight you can’t lift because it is too heavy so you can only “lower the load.” An example of negatives used by rock climbers: When they can no longer pull themselves up on a chin-up bar, they will climb up, and then slowly lower themselves, producing a negative rep or eccentric dominant loading.

A powerlifter or Olympic lifter may do negative deadlifts by starting with the bar racked at the height of the top of their deadlift, then lowering the load for a negative rep. This can be done because, on average, people are 30-40 percent stronger eccentrically (lowering the load) than they are concentrically (lifting the load or muscle contraction that results in the shortening of the muscle). 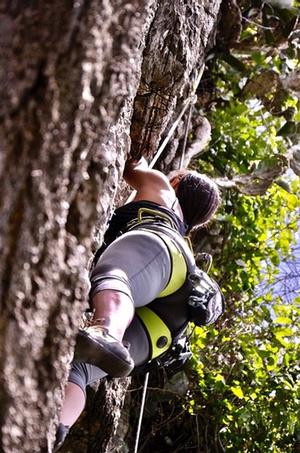 Since the body can only adapt to a given stimulus for a fixed period of time (influenced by both human physiology and genetic variables from person to person), rock climbers must constantly decide what they need most to enhance performance, so consider these variables.

The science of program design

I hope you can see that:

Many athletes lessen their performance by following programs written for teams and groups or designed for a specific individual other than themselves.

If you really want to achieve your potential as an athlete, I’d highly recommend enrolling in CHEK Exercise Coach training. This will give you a holistic, scientific foundation for your own athletic self-development.